On Thursday the 30th of May the World Championship water polo teams were announced. My name was not on that list as the coach which is how I found out that I had been removed as the Ladies Head Coach… but let me rewind for you..

A week prior to this announcement I was in Brno in the Czech Republic coaching the SA Ladies side that was competing in the EU Nations. Two hours before our first game I was given a call and told that the powers that be in Swimming South Africa were upset with me and that they were speaking about removing me as the head coach. It was not confirmed but the call was a “heads up” so to speak. So here I am, half way across the world, about to start a tournament with a young group of women and I have just been told that I may get fired. I allowed myself a 10 minute cry, wiped my tears, washed my face and put on a brave face. I then got my head back into the game so that I could give the players what they deserved. When I returned home I was waiting for a call or for someone to inform me if I would continue as coach or not. Instead the team just got announced and my name was not there.

A month prior to that we had the World Championship Training camp where the team was going to be announced. When the Intercontinental team was selected, myself and three other local coaches selected the side. We were all in complete agreement and the selection process was fair and thorough. A few weeks before the World Championship training camp was to happen, the warning bells started and I realized that this process was not going to be as simple. The first warning came when the head manager and convenor of the TC told me to hold up on announcing the camp because they had some “concerns”. After those concerns were dealt with, it came out that one of the approved female selectors was told she was no longer allowed to attend the camp. The reason given was that she had a conflict of interest. So I am about to go into a training camp to select my world championship team with one out of the approved five selectors present and another random selector thrown in there who has never coached before and knows none of the players by name. The icing on the cake, was when I got told that as the Head Coach, I am allowed no say in selections. AS THE NATIONAL TEAM COACH, I WAS NOT EVEN SHOWN THE TEAM BEFORE IT GOT SIGNED OFF AND SENT IN FOR APPROVAL. What coach in the world has no say over their team? To make matters worse, the selectors knew none of the players, they had watched zero footage from Inter Continental in Australia and did not even coach women.

I was then faced with a dilemma – I could keep quiet, allow the malpractice and “boys club” to continue. I could sit back and just take a free ride to South Korea and go enjoy a tournament with a team that I did not pick. I did not take this volunteer job for the title. I took the position to make a difference, to try stop this kind of action and to try for once to put the players first. When I first took the job and asked the senior players what they wanted from me the most, they said a system with transparency. They wanted open and honest communication and a system that was fair. I promised that I would try and uphold that as much as I could. I made difficult phone calls when the Intercontinental team was being announced and let girls personally know that they had not made the team. I tried as best as I could to stay fair and open with the players. When I had exhausted all options to have a say in the selection of the WC team and realised that I would get no where, I felt that it was right to let the girls know what had happened. I informed the players who were at the camp that I had no say in selection, that I did not agree with the team they put forward and that no previous tournaments were taken into consideration. When I got the call in Brno and given the heads up that I may be replaced, I was told that the honest message sent to the team had made the head of the TC upset and he wanted me removed. This man sure does have a lot of power..

When the team got released and my name was not on the coaches list, I had a few questions and I sent an email to the entire executive at SSA and the Technical committee. This email was sent on Friday 31 May. In my email I asked for answers about the following:

It is now Tuesday 9 July and I still have had no response to the questions above. Nor has my affiliation who asked similar questions.

Now to the present. The current SA ladies team is in a training camp before they head to world championships, they have had 4 days together before they head off to the biggest tournament that South Africa attend. They have been subjected to all of this malpractice and drama. Normally when a player gets selected for a World Championship team, it is the happiest day and full of celebrations. This time, it was confusion, no one was congratulating anyone and instead players were talking about if they should play or withdraw. When will this country start protecting the players? When will the players come first? It’s all good and well for the “boys club” to select a team and create confusion and cause chaos but the players have to play and the result falls on their shoulders. The games are televised world wide and the outcome ultimately comes down to the players in the pool, yet in our system here in South Africa we think about them last. We treat our players poorly and then wonder why we have to take such a young side and why all the seniors have quit. How many more players and coaches must we lose to this system before something will change? Will it ever change?

As for me, my coaching tenure as SA National Team Coach was most probably the shortest in history 🙂

I feel excited for what is to come in my career and I am desperate to learn and study the game, to learn from the best coaches and to continuously grow and become a better coach. SA water polo has once again shown me the door but like my mom always said, just because there is a bump in the road doesn’t mean it’s the end of the road. 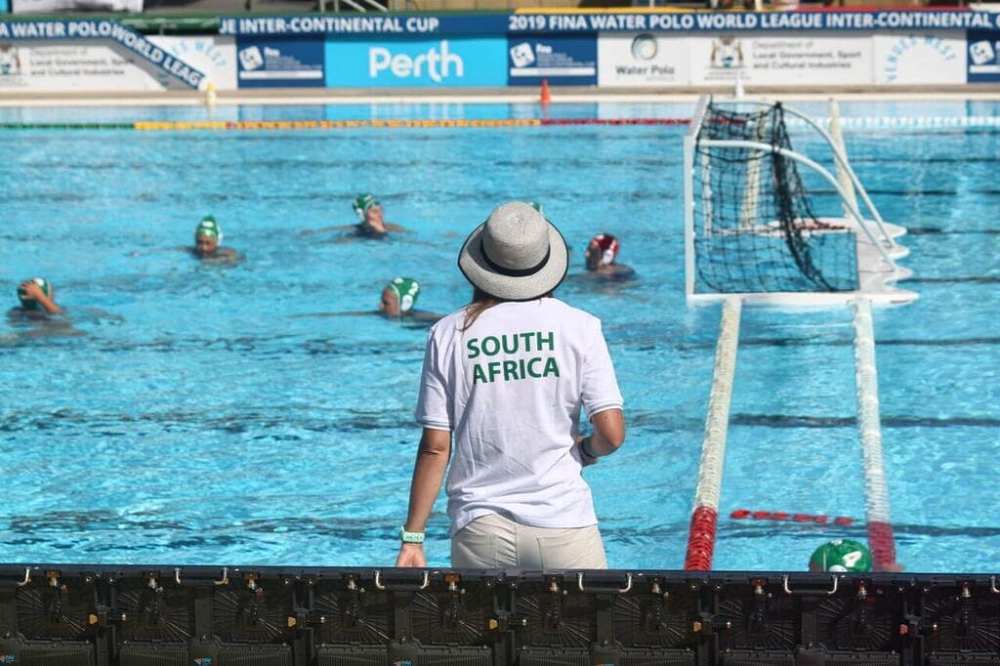 View all posts by Coach Seri